Is Nanotechnology the New Asbestos?

This is one of three articles I had to write for a course I took at the Colorado School of Mines called Advanced Science Communication. This article looks at the dangers associated with budding technologies, and in particular that of nanotech.

I must first begin with the confession that when we as as a class decided upon nanotechnology as the subject for this blog; I'm quite unfamiliar with the subject and it would be a challenge to come up with something that I was curious about, much less something that I could write about. After reading the article by Kuzma, however, I was intrigued by the potential harmful side effects of nanotechnology. Yes, there may be innumerable incredible applications of nanotechnology, but is the grass really all greener? 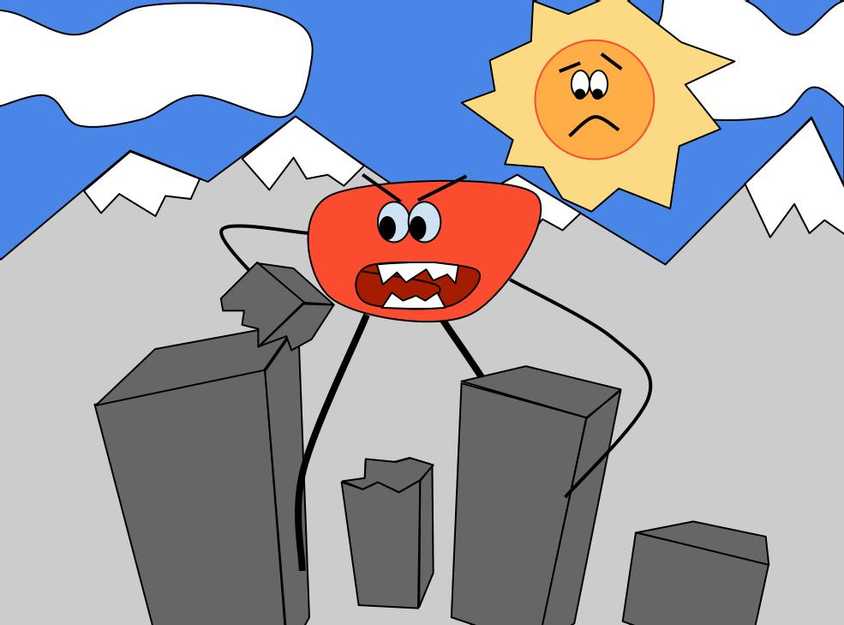 My curiosity led me to research studies that suggested negative effects of nanotechnology. One article jumped out at me immediately: Nature Nanotechnology published the findings from a study by C. Poland et. al. suggesting that carbon nanotubes could possibly have the same effect as asbestos in causing mesothelioma, a deadly form of cancer1. The study involved injecting short carbon nanotubes, long tubes, tangled balls of nanotubes, and asbestos into the abdominal tissue of mice.

Some mice were killed and dissected the following day, while the rest were dissected after one week. The findings? Mice injected with the short nanotubes or carbon balls showed no damage (other than being killed by the researchers). On the other hand, mice injected with the longer tubes and asbestos showed the same side effects: lesions that, in an earlier study on asbestos had developed into mesothelioma. While this current research did not let the mice live long enough to develop the cancer, the researchers were confident that it would occur given enough time2. Another study suggested that nanotubes could possibly adversely affect pulmonary function after lab mice had inhaled nanotubular particulates3.

So are we screwed? Not necessarily, although the Poland study did advise caution. Items such as tennis rackets which utilize carbon nanotubes for a stronger, lighter material are probably not harmful. On the other hand, there is much more potential for danger in the manufacturing plants where workers are breathing in airborne particles every day. The real unknown, however, is what happens during disposal. How do you safely destroy something that you can't even see? If you incinerate your cell phone or grind up your tennis racket, do those nanotubes go airborne? Jacqueline A. Isaacs, a professor at Northeastern University, developed mathematical models to try to predict what would occur in those scenarios4. Her conclusion is that even in the best-case situation the possibility of release is high.

Amid all the rancor regarding the risks of nanotech, it can become difficult to hear what the discussion was originally about: the benefits to society of nanotech. Indeed, it can make our tennis rackets stronger and lighter and we already use it in our cellphones, but what about health? Is nanotech only going to give us lung cancer? Promising research suggests potential breakthroughs in medicine and health, such as the Ninive system (basically nano-needles used to deliver pharmaceuticals directly on the cell level). Other fascinating applications include using quantum dots to track cancerous cells travelling through the body, a low-cost high-sensitivity test for determining specific types of HPV by using nanoparticles lined with molecules, or a self-constructing nanoscaffold for healing spinal injuries5.

It's good to highlight these possible benefits in a discussion on risk in order to reach a balanced conclusion. It's quite easy, coming from the public, to look at the risks and simply say, "Why on earth would we want these deadly particles floating around in the air?" But such a conclusion is born out of the bifurcation between an engineering/science culture and the culture of the public. The problem is not that the public is uninformed about the issue, it's just that they've received a one-sided perspective which leads to a biased take-home message. And the public won't necessarily receive a negative one-sided view; they could also only be exposed to the positive aspects of nanotech -- it just depends on which media source you're reading and what preconceived notions are informing your inquiry.

The goal, in the end, is a reasoned application of nanotechnology. It's impossible to foresee every danger and side effect that could possibly occur, so therefore waiting until "all the kinks have been ironed out" before releasing it to the public simply is an illegitimate option. Some of the kinks won't be ironed out until large-scale studies can be performed! Nevertheless, it's also imprudent to believe that a headlong dive into bleeding-edge technologies such as nanotech is going to be all roses. Somewhere we must find a median where we can experience the benefits of nanotech without the associated hazards.

So did I answer my question? Is nanotech really all that it's cracked up to be, or is there danger lurking around the corner? It's easy to see that, yes, there really is a need for caution in the research and development of this emerging new technological arena. But on the other hand, there is so much more research that needs to be done before we can be very definitive. Preliminary pilot studies such as the Poland study only suggest possible realities; we would want a much broader research base before we can accurately state a conclusive claim.

Are there any studies currently being conducted to further delve into the topic of risk? What other types of risk besides pulmonary function and lung cancer could there be? These are the questions that come to my mind after looking through all this material. There are definitely huge societal implications of this research, if it in fact is true, and risk research needs to be a top priority as we march along the path of technological advancement.