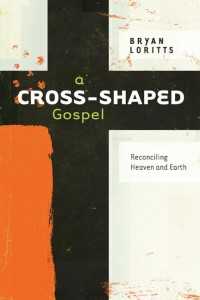 DISCLAIMER: I received a copy of this book from the publisher for the purpose of this review.

A few months ago I purchased my first crock pot at a yard sale for $5, and it has served me well. I've enjoyed many scrumptious soups and stews out of it, and it is basically the easiest way to cook, in my opinion. All I have to do is drop a few ingredients in, add some water, and then turn it on and let it set for 5 hours or so and then I have a delicious dinner on my plate. One time, however, I started it too late and it wasn't quite finished in time for dinner. I had added lots of tasty vegetables and a plethora of pungent herbs and spices, but it just wasn't quite done cooking and none of the flavors had really melded yet. You could taste the pizzazz of each ingredient, but that was exactly the problem; they hadn't blended to become one soup yet.

This was my general impression of A Cross-Shaped Gospel, by Bryan Loritts. There are so many incredible things that he touches on in this book, topics that he addresses, and idols that he attempts to knock down, but in the end the book just feels like a collection of excellent sermons and less like, well, a book. If you're unfamiliar with Loritts and his ministry at Fellowship Memphis, I'd suggest you check it out. It's an interesting, gospel-centered multi-ethnic church in the heart of the Bible Belt where racial tensions still run high. Loritts' passion for breaking down racial walls runs deep in this book as he scripturally defends a conception of the gospel that is not just vertical (my relationship with God) and not _just _horizontal (my relationship with others) but a holistic integration of the two.

The book is broken up into 10 chapters, which could be roughly summed up in three different sections: introductory groundwork (1-2), applications (3-5), and purpose (6-10). To lay the groundwork, he argues that if the gospel is only news about one's relationship with God, then we are simply ignoring the second-greatest commandment to love our neighbor (Mat. 22:36-40) and the many eloquent treatises Paul writes on racial and economic reconciliation and the breaking down of dividing walls (Eph. 2:14 for example). On the flip side, if we embrace the so-called "social gospel" which disparages the vertical nature of the gospel as overly spiritual, we will also be ignoring scripture and selling the good news short of its fullness. One of Loritts' excellent points made early on in the first chapter is that man's search for meaning (who am I? Where am I going?) finds its answer perfectly in the two dimensions of the gospel. Vertically, you are in Christ, reconciled to God. Horizontally, you are part of God's plan of redemption to reconcile this broken world to him. Loritts muses that "Humanity's problem is not that men and women aren't looking for the answers to these questions; it's that most of them will spend their lives filling the blank spaces of their souls with the wrong answers" (p. 14). In chapter two he does a neat job of hanging the horizontal beam of the gospel on the vertical, thus creating a gospel that is shaped like a cross.

The second "section" of the book is where Loritts attempts to draw out implications of what it all means. Digging into the ridiculously charged arena of politics he attempts to suggest a cogent explanation of how Christians ought to interact with politics in general and with those of opposing ideologies. He exhorts the reader to first of all care about politics, and second to remember to place political concerns squarely on top of their theology. Loritts knows how to bring the conviction, but I felt vaguely lost at the end of the chapter, thinking that I still didn't have a clear understanding of what gospel-centered political involvement looks like. The next two chapters deal with racial reconciliation and socioeconomic diversity. It's blatantly obvious that he has thought deeply about these two subjects, and his cry for me to see others as brothers and sisters in Christ penetrated my soul and made me weep over my sinful attitudes and behaviors in these areas. These two chapters are worth their weight in gold, and are achingly practical for real life.

In the last half of the book he strives to illuminate for the reader the purpose of a cross-shaped gospel, and clarify why this matters as much as he says it does. Immediately he draws our eyes up toward heaven and sets our sights on the glory of God as the ultimate reason for action and involvement in the world. He explains why Christ's sacrifice on the cross is the archetype for the Christian life of forgiveness and selflessness and then goes "further up and further in" (to steal a phrase out of CS Lewis' book) as he sets the stage for what a cross-shaped gospel looks like over time. In the final chapter he urges the reader and even the culture to take him seriously, and to share the good news of righteousness and justice in the cross. Unfortunately, this whole part of the book felt rather unstructured. As I said earlier that doesn't mean that he isn't saying good things, but rather that I didn't catch the logical flow of thought very often.

So I stand on what I said at the beginning. This book has massive potential. The things he says are clear-eyed and compelling, and don't easily leave the reader in the place where he or she can sit on the fence. If you were to read these chapters as transcripts of sermons, I'm sure the Lord would soon get to your neighborhood and cause you to want to change your life. It is too bad, then, that I can't give this a higher review. I want to see the world come that Loritts dreams of, but I think that this book needs to sit in the crock pot for a little while longer. I hope to maybe see a second edition in the years to come which is more streamlined and logically sound.

You can purchase A Cross-Shaped Gospel on Amazon for $11.81.

One last, nagging question: why is the bottom left corner of the cover painted orange? what's the significance of that? Is it just to be hip or does it mean something?