One hundred books. That was my new year's resolution last January: to read one hundred books during 2015. I tend to read a lot of books in general, so that number (though it was definitely a stretch goal) seemed attainable. It is the beginning of December and I've just finished my sixtieth book, so it's safe to say that I wildly overestimated how much I could read. At any rate, here are a few miscellaneous thoughts about my reading experience this year.

On Setting a Quantitative Reading Goal

I came to find that one of the benefits of setting a specific number of books that you will read in a year is that it is an easily measurable goal, and it also keeps you honest. It can be an easy default when I'm commuting to work to just listen to music, read news/blogs, or play games on my phone. But then, after the course of a year, I find that I've largely wasted another year of my life frittering away the time on stupid stuff. Having a quantitative goal continually confronting me often helps to choose reading something substantive over slowly slouching toward intellectual death.

The downside of setting a quantitative goal, however, is that I start making decisions, whether conscious or not, to choose books that are quickly digestible, because my goal is to consume as many of them as I can. Similarly, when I start into a book and I can tell that it is not worth my time within the first few chapters, I am more likely to finish such a book because, well, I've already started it so I want these pages I read to count towards my goal. On the flip side, when I find myself in the midst of a really good book, I don't have time to slow down and ponder, consider, or treasure it.

On "Moving Evenly Together" 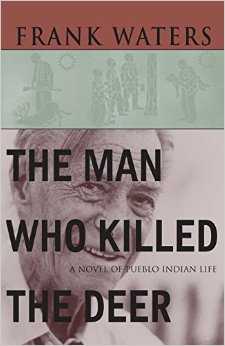 I tried to read a fairly diverse diet of books this year, and one that was far afield of my normal fare was The Man Who Killed the Deer by Frank Waters. Written in the early forties, it's an exploration of the tension between Native Americans, Hispanics, and White settlers in the American southwest during the expansion. It's a classic portrayal of how different cultures can so easily speak past one another and fail to communicate because of their differing presuppositions and expectations as well as power differentials.

There is an oft-repeated trope throughout the book's tribal meetings that stuck itself thoroughly into my head: the idea of "moving evenly together." For this tribe, the priority in decision-making is not the decision itself, but to move evenly together, which is to say that they want everyone to "be on the same page," in modern parlance. It is more than just agreement, however; moving evenly together is about waiting and waiting and waiting until each is convinced in his own heart about going the same direction.

The implicit argument is that how decisions are made is more important than the decisions themselves. It's a way of thinking that has influenced how I consider my marriage and the decisions that my wife and I make; it is not enough to simply understand one another-we must wait and wait and wait for one another until we can move forward together. We cannot live life in the fast lane this way, and we cannot get as much done. The benefit, though, is that we move through life feeling more valued by each other.

On Obedience as a Good, Beautiful, and Right Thing 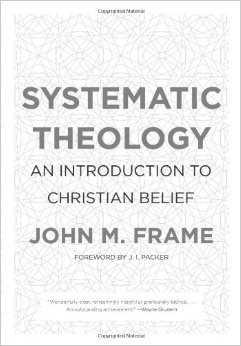 I read John Frame's 1,200 page magnum opus, Systematic Theology, this summer while I was unemployed for a few weeks. It is a wonderful work for a variety of reasons, but it is certainly not for the faint of heart, and as a reference work it is certainly not intended to be read straight through such as I did. Yet John Frame has an unusually razor-sharp mind, and it is fascinating to grasp snapshot of his entire mental belief system in such a short amount of time, because he truly is able to articulate himself so unusually well.

Frame's governing principle in his theology is the idea of God's lordship over the world and all that is in it (which is to say his control, authority, and presence), and the requisite response of obedience on our behalf. Though this concept is certainly draconian and repulsive to our modern ears, Frame elegantly and compellingly draws out the beauty, goodness, wisdom, and logic of laying down our autonomous, personal sovereignty in order to lovingly oblige God as our King. Perhaps you might ask why this is logical. Quite simply, submitting to a good God who only ever works for our best interests and his glory makes a great deal of sense. The sacrifice of libertarian freedom for the privilege of following such a God is a trivial price to pay. Frame helped me reframe (pun very much intended) my thinking about the concept of obeying God from duty to thankfulness.

On Violence and the Goodness of Sovereignty 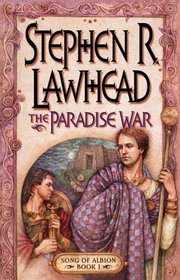 My wife and I have been reading Stephen Lawhead's Song of Albion trilogy, which is equal parts perplexing and fascinating (spoilers ahead). Lewis Gillies, a graduate student at Oxford, follows his roommate Simon through a cairn in northern Scotland to another world called Albion. It is an archetype of the British Isles where Lewis and Simon are trained as Celtic warriors to defend and fight for the kingdom of the good King Meldron.

Within the first novel all hell quite literally breaks loose, and the innocent are slaughtered all across the land. The upheaval of order and justice results in the destruction of the most vulnerable, and those who wish to defend them. As Lewis eventually finds out, the source of all this horror and tragedy is none other than King Meldron's son, who sought to rebel against the goodness of sovereignty and would do whatever he needed to usurp the throne. Meldron was a good king and exercised his control, authority, and presence over his realm in ways that worked toward the good of his people. His foolish son saw his father's sovereignty as a right rather than as a responsibility, and was willing to kill-even the entire realm-to gain it.

Lawhead describes life in Albion with complex strokes: it is at once breathtaking in its vivid hyper reality and gritty with the all too realistic horror of violence and death of average people. It is neither the airbrushed Kinkade painting that you'd expect from American evangelicalism nor the unreal comic book violence of the modern sci-fi/fantasy flick. Lawhead's brush is so photorealistic that it is disturbing. Evil is actually possible for normal people to inflict and to be victimized by. There's a particular scene where Lewis is walking through the burnt husk of a town, ashes frozen into place by recent snowfall, and he comes across the frozen corpse of a toddler sprawled in the street. As I read those words, my heart churned within me and yearned for justice to be dealt swiftly, surely, wisely, and well, especially since I know what it's like now to have a toddler of my own.

This is what good fiction does: it helps me to feel again and feel rightly about our world when I am all but callous and numb to the headlines I read. The violence and devastation in Albion is really no different from Paris, San Bernardino, Syria, and a thousand other places. Reporters and non-fiction writers may tell me what happened, but only the storytellers, the bards, and the artists can teach me how to feel rightly about it.

It was a fascinating experiment to press my nose to the grindstone of an impossible reading goal this year. I don't plan on doing a quantitative goal again, at least not in 2016, but neither do I regret doing it. I failed at my new year's resolution, and if this were a performance evaluation at a job I would certainly be fired. I cannot help but think, though, that in the end I succeeded; I read many good books, interacted with many interesting thinkers thinking about a multitude of topics, and I came by some truly pivotal concepts that have shaped the way I live my life.