Ready Player One [A Review]

Fast-paced, funny, nostalgic, witty, and depressingly pessimistic: Ernest Cline's Ready Player One is all of the above. It's the story of a nerd messiah on a quest to save a video game from an evil corporation and the real world from itself. Set in a dystopian future where humanity has largely ruined the world through pollution and over-consumption, there is nevertheless the OASIS: an immersive VR simulated universe which most of earth's population logs into daily. The game's creator, James Halliday, left as his last will and testament a vast fortune to whomever might find a hidden Easter Egg.

Of course, the hunt for the egg attracts many lured by the promise of wealth, including the evil corporation IOI (Innovative Online Industries) who plan to buy out the OASIS with the prize money and then monetize the heck out of it through ads and user fees. Wade Watts, a geeky high school student who spends most of his waking life in the OASIS, is the first person to crack the first clue, and after that it's a mad race to the egg. IOI is willing to do anything to stop him or anyone else from reaching it first, including murder. 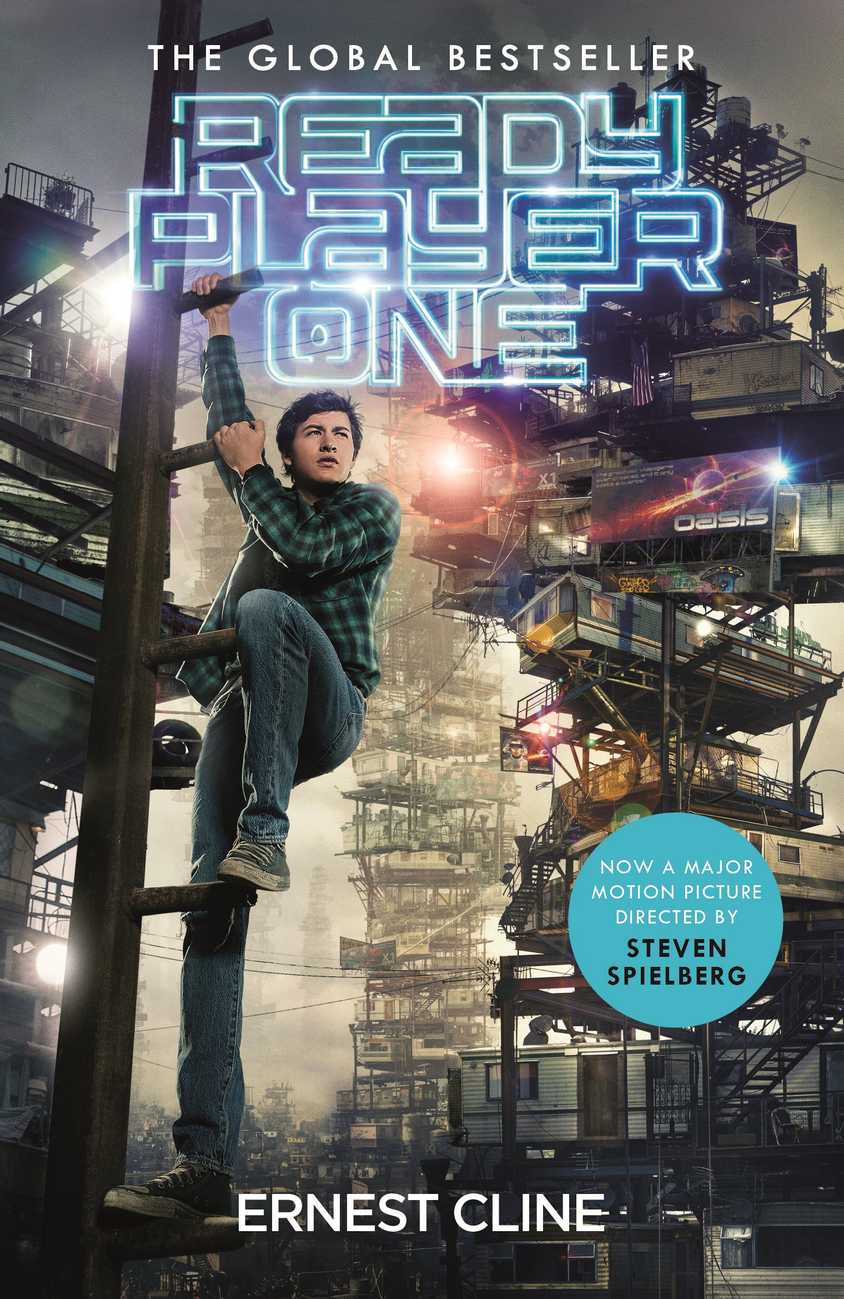 While the overall plot is not overly original, Cline's OASIS is an ambitiously vast and enrapturing setting, wrapping up an absurd array of other sci-fi/geek/pop culture worlds into one. It's a place where X-Wing fighters, the lions of Voltron, and the Klingons all coexist, where sci-fi tech, fantasy magic, and 80s references blend together into something bizarre, creative, and unique.

Page after page, the book brought me back to my high school days of binging through MUDs all night trying to level my character up or lugging my heavy PC and CRT monitor to my friend's house for a LAN party. In many ways, the dialog could have been ripped entirely from the IM chat transcripts of me and my friends-the inane insults, the lowbrow profanity, etc.-but what I got the biggest kick from was that Cline named the evil IOI villains "The Sux0rs." Now that is a high school geek insult if ever there was one.

As fun as it was to walk down memory lane, the book was also hard to read in some ways. Cline holds a saddeningly pessimistic view of the world and the future. After all, the premise of the book is that the world sucks, but at least escape can be found through video games. The fate of the world hangs in the balance, and the question is whether Wade can win tons of money by remembering 80s trivia to save the game from ads. To be fair, that's not just a vision of the future, but is basically our current reality except we use phones to access Instagram and Twitter instead of immersive rigs to access the OASIS. While I certainly don't intend to over-analyze what is meant to simply be a light page-turner, the book nevertheless comes across as pretty shallow and gloomy. Someone at my work put it well in saying, "You ought to come into the book expecting cotton candy and high fructose corn syrup. There's nothing good for you there, but boy will it taste good going down." That's about the sum of it: a fun adventure, but don't make much more of it than that.