Ben Bova's new book Uranus, the first of his Outer Planets trilogy, is a book I was eager to read. There is plenty of sci-fi about the inner planets, and there is plenty about other systems. Even Jupiter and Saturn and their moons get a fair amount of attention, but there really is comparatively little interest in the outer planets. That's a shame, because they're fascinating and full of sci-fi potential. This book promised to tap into that potential, and on top of that to foreground religion—a gutsy, rare move.

Uranus explores the interesting question of why the planet's axis is so tilted that it is more rolling around the sun than a spinning top like the rest of the planets. From the vantage point of the ring station Haven orbiting Uranus, scientist Tomas Gomez looks to find signs of life in the planet's ocean and ends up finding clues about the planet's past.

This could hardly be said to be the main plot of the book, however. The main character is instead a whore who was rescued from her life of poverty on Earth and brought out to Haven for a chance at a new life seeking God under the watchful eye of the station's founder, Kyle Umber, a man of the cloth who just wants to give people a chance to find God and lead a good life in whatever way they see fit. Unfortunately, he's financed by a business tycoon who's footing the bill via the sale of narcotics.

The question of why Uranus is so tilted is fascinating but it mostly gets shunted onto a secondary plot thread, backgrounded behind a rather cliché storyline of a powerless whore who gets her life together and takes down a drug kingpin. Why is the planet tilted? Aliens. 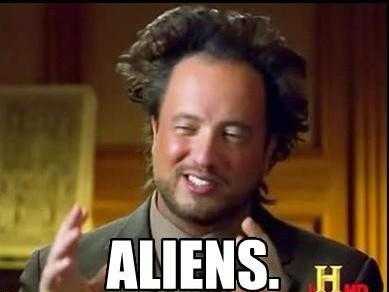 There's so much material here that could be made into a truly fantastic hard sci-fi space adventure. Alas.